How can we help you today?

How to compare routes side by side and merge them? Print

Azuga Routes routing software, allows you to compare multi-stop routes that have been previously planned and optimized. Comparing multiple optimized routes side by side allows you to visually analyze up to 10 routes at a time, one next to another, and compare their routing data. As soon as you get an overview of your last-mile operation, you will be able to tell what are the planned routes that need more fine-tuning.

To compare routes that have been previously planned and optimized in the Routes List or the Routes Map, follow these steps:

1. Check the boxes next to the optimized driver routes you want to include in the comparison;

Selected routes will be displayed side by side in a new window and provide the following: 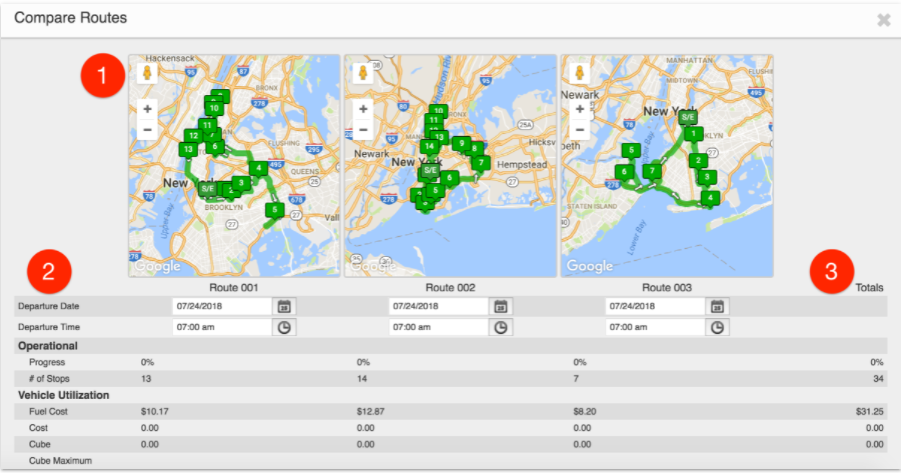 You can edit the start date and time for each route.

Merging Routes allows you to create a new route that contains addresses and data from the compared routes. You can modify the merged route as you would in the Route Editor when Planning a route.

Did you find it helpful? Yes No

Send feedback
Sorry we couldn't be helpful. Help us improve this article with your feedback.