How can we help you today?

How to plan territory based routes with addresses within territories on the Azuga Routes web application? Print

Azuga Routes helps businesses that provide multiple services that require your employees to use different equipment or have different sets of skills, you can create a separate territory for each service you provide and then distribute your fleet resources accordingly.

To use your address territories for planning routes:

1. To plan route(s) with all addresses located in a particular territory, in the territories list, click on the gear icon next to the territory that you want to use for planning one or multiple routes and then select Plan Route from the menu. 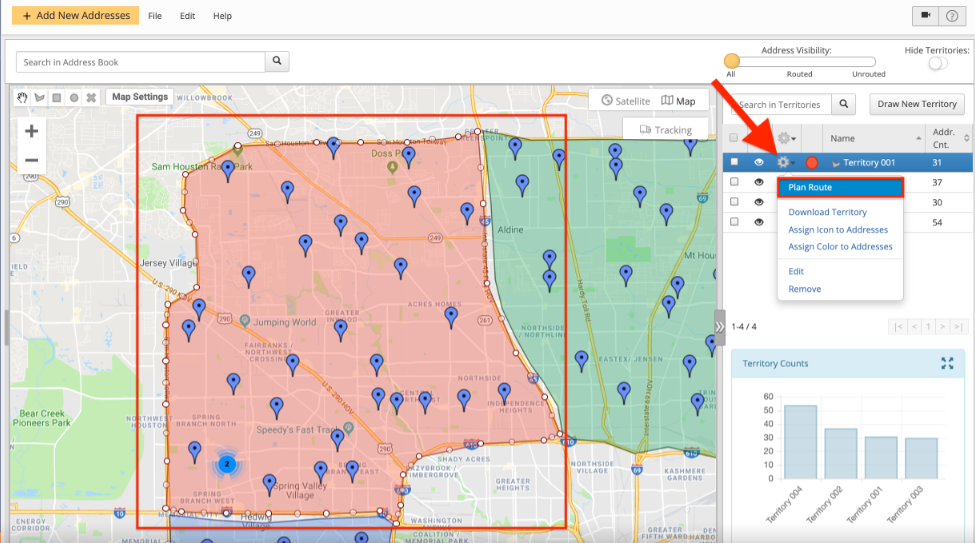 Alternatively, first, right-click on the territory that you want to use for planning one or multiple routes and then select Plan Route with Territory from its menu. 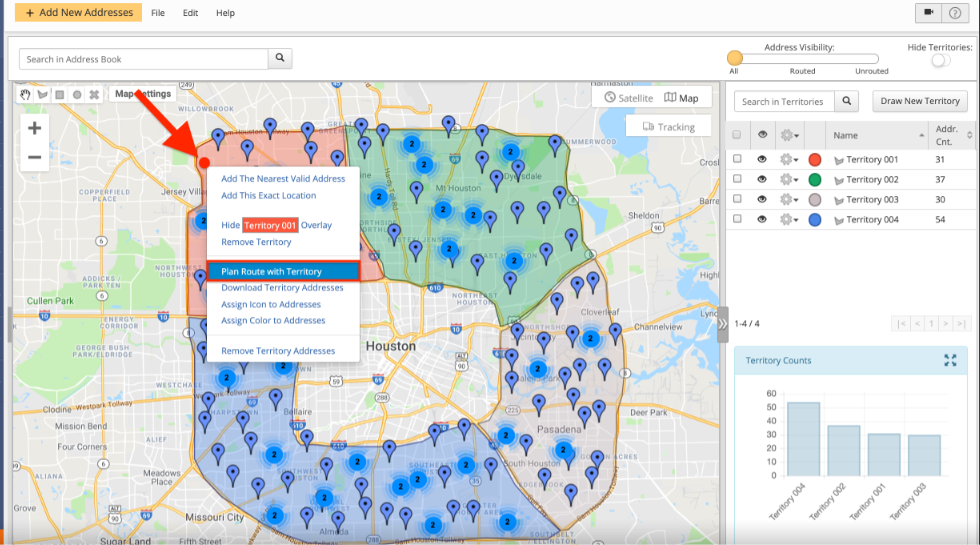 2. Next, go to the Departure tab to set up the start address for the route(s).

3. In the Find Address field, you can input a new address from which you want to start the route(s);

Alternatively, you can use one of the addresses from the selected territory as the start address for the route(s).

4. After that, adjust the following route optimization settings under the “Optimization” tab;

5. Next, specify the rest of the route’s parameters to your preference and then click on the Create Route button.

When you plan multiple routes from one or multiple territories, you can view all planned routes one next to another on the Routes Map. To do so, first, go to “Address Book Map” from the navigation menu.

7. When you plan multiple routes, you can assign different users and vehicles to different routes. To do so, first, click on the gear icon next to the route to which you want to assign a driver or a vehicle and then select the preferred option from the menu. To learn more about other methods of assigning users and vehicles to routes, visit this page.

Did you find it helpful? Yes No

Send feedback
Sorry we couldn't be helpful. Help us improve this article with your feedback.